Still…. as the winds and clouds brushed along the the edges of the terrain. Waves rolled in rhymes to meet the sand as plovers rushed along looking for tiny crustaceans. Gulls floated effortlessly in the clumsy way they catch the winds.

The Sun rose each day marking the journey of cosmic time each day a little longer and warmer to stir the seeds of sleeping harvests. Icy rain slid down the trunks of trees as night filled with the calls of Owls. The restlessness. Each day’s light lingered to meet the moon as she made her way up from the horizon….

The bees drunk on pollen sleep in squash blossoms while trees full of leaves sway with the breeze. Storm clouds rise with the humidity of the day. While the smooth waters part as ducks swim into the grasses. Hawks rest on fence posts. Cars drive past…

The cicadas buzz the canopies and leave their earth armor on the bark of trees. Their last day is made to create new life and die ….they fall and feed the soil. Ants marching into tunnels filled with eggs carrying the remains.

The lichens disolve the stone, to create minerals, that enrich the soil, to feed the trees that hold the birds, that shade the earth, that the stars birth in the cosmos that time and space built.

and the sky is a hazy shade of winter…”

The election behind us mostly and the transition from one administation to another begins. Like the turning cycles of the seasons, power has it’s way of resisting the larger rhythms of Sun and Moon…. the plants still wither with the cold wind and the seeds drop into the soil to sleep. The last bits of food and nurishment are removed and stored. Winter. The time of cold and contrasts…. deep dreaming…. root vegitables and long stretches of time reflecting on the year that has passed and the one waiting in the wings for curtain call.

This winter is particulary difficult. Covid is ravaging the country. The shift of political power is being challenged. The disquieting threat of violence of those who feel entitled to support a dying regime. Economic dysfunction and the long roads to recovery and sanity. These winter dreams will be nightmarish for some as we navigate some of the most difficult challenges some of us have ever experience.

This Winter is not about just going into the dark. It is tearing open the dark and shining flood lights on the contents. To see… to discern… to act and to make real the dreams and visions of the world we want to live in.

Dreams become real because we dare to risk the complacency of self comfort against the action to walk into the unknow. This is the call to the journey. The hero’s call if we want to use the metaphor from Joeseph Cambell’s book, “Hero With A Thousand Faces”… We walk into the dark forest… the valley of death…. We face the reality of who we are against the challenges that arise.

This winter in this country we have to face the intitutionalize racism, classism, the need to find a way out of this pandemic, how do we feed, house and take care of a nation of people barely holding on? How do we face down and defeat the tyranny of political power that will destroy all that is good in this country?

We open our eyes in the dark….. We become awake in the dream…. We do the next right thing that serves the geatest good.

Some times as we go though the toughest of times the victory seems the goal. We celebrate triumphant. The victory is the sweet recovery of power. Things shift. The world after the darkness sees light and hope. This election has brought these feelings of success. The crowds dance and celebrate. The era of Trump is ending. We over came our diveristy to unite in the renaissance of our demoncracy. The country is a shade of Biden/Harris blue and the red tide of hate is fighting it’s last stand…. (between a crematorium and a sex toy shop). The president stomps his feet and knows he is heading to a long march that will bring him to face all his corruption. There is something sweet and bitter about all of it.

These last 4 years have show all the fractures in the perfect persona of 1st world fascade. We petented to be great and mighty while the people with black and brown skin lived in fear and inequal opprtunies. The injustices forced on them are woven into the value their bodies and minds are to a system of jails, poverty, war, and bigatry. They are seen as a commodity for corporations that corrupt the justice and educational systems at the expense of their lives. Yes, we won this election yet, the hard and real work will be to build a better country for everyone. Everyone. That is the most important thing to stress and act on right on.

One of my teachers said a society is only as healthy as the sickest people in it. In this country it is not only racial issues, it is LGBTQ issues, addiction issues, class issues, climate issues, resource issues, housing issues, wage issues, infrasructures…. the list is long and speaks to the neglect that has been dismissed as not real in the systematic gaslighting of America.

“We the people” have been dismissed for the cults of celebratity and corporate power that have stole the values and free thinking minds of generatons. To be a famous in this system is the goal. It gives you everything power, money, luxury, influence regardless of your experience or the collateral damage of your actions.

Sell the rest of the people a religion of consumerism as the metric for self worth, medicate the mind to not feel the failure in not meeting the unurealist goals…. this has been distroyng lives for generations. We have so much to do.

Which is why it is so important to not be caught up in the victory. We haven’t won. We have started. We have to roll up our sleeves and get some dirt under our nails. What we get done in the next 2 years will determine the direction we as a country move in and in the greater co-operation and coordination of the world.

The title of this essay refers to the single sided form called a mobius strip. You can start anywhere and follow it around and you will end up where you began. For me it is symbolic of how time and life work. There is a oness to everything and away that time passes and the movement of the journy takes us to see from differnt perspectives. Eventually leading back to the starting point. 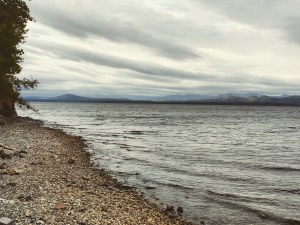